This sweet cinnamon vanilla icing is perfect to drizzle over cinnamon rolls or cinnamon twist bread and tastes great when used as a glaze for apple fritters or donuts.  Using only 4 basic pantry staple ingredients and a mixing bowl, this icing comes together super quick and lasts up to a couple weeks in the fridge….if you can stay away from it for that long!

Raise your hand if you’ve got an old cinnamon spice shaker jar that now holds a premix of cinnamon sugar, at the ready for any piece of warm buttery toast that needs a little sprinkle?? I’m guilty! Cinnamon and sugar are a pair not likely to be forgotten anytime soon, and for good reason: they’re delicious together! And this cinnamon vanilla icing is basically the liquid cousin to the spice jar.

I originally made this cinnamon vanilla icing as a glaze for my gluten free apple fritters and of course made too much. (Oh darn!) The leftovers proved to be a delicious addition to a whole slew of other tasty treats including my peanut butter oat cookies, mini apple pies, and even just pie crust (we called them pie crust cookies growing up). I find it pairs best with recipes that aren’t super sweet themselves, since the icing is pretty sweet by itself. It is, after all, mostly sugar!

Is vanilla icing the same as vanilla frosting?

The short answer is no. Frosting is typically thick and fluffy, it can stand up on it’s own. Think: what you use to frost a cake. The base is usually butter or shortening or some combination of the two. Icing is way thinner and usually sweeter. The base is the powdered sugar itself with a small amount of liquid added to it. It’s great for glazing cookies, buns, or donuts as it runs over the top and gets into all the tiny pockets along the way.

How to make cinnamon vanilla icing:

How to make icing thicker:

If you happen to add too much liquid (don’t beat yourself up because it’s easy to do), it’s ok! Simply add more powdered sugar until you get the consistency you’d like.

How to store cinnamon vanilla icing:

If you happen to not use the full batch of icing, place the remainder in an air-tight container in the fridge for up to two weeks.

As this recipe is written, no it’s not dairy free, however it’s just as tasty if you sub out the whole milk for a non-dairy milk of your choice.

Can I use this recipe to make colored icing?

Absolutely! Just add a couple drops of any color food coloring to make colored icing.  The cinnamon does make the icing a little speckled, but the overall color will still change no problem.

Will icing dry at room temperature?

Yes, once mixed, try to use the icing right away, but if it sits for a bit and forms a crust on top or dries out a little, pop it in the microwave for a couple seconds, stir it up, and it will go back to a nice smooth texture.

If you make this recipe, I’d love if you popped back over here, hit that 5 stars button, and tag me in your photos on Instagram @leedsstreetcollective

Adding too much liquid is really common and can make your icing too runny. If this happens, don't worry! Just add more powdered sugar until you reach the desired consistency.

Glad to meet you! 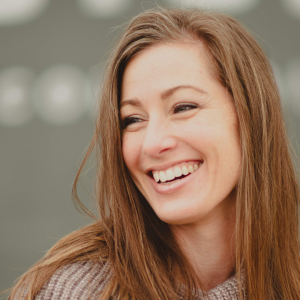 Hi!  I’m Sarah, and I am thankful for the gifts of everyday life. Follow along as I curate a life I love through homemade food, good books, and a simple cozy home. Read more about me here.